Testimonies of healing from various conditions from Healing Rooms:

We had a lady who wanted a prayer cloth.  She had been diagnosed with a Hernia.  She placed the prayer cloth under her pillow and when she went to the hospital for further investigation all the news was good and not what she was expecting, that the Hernia had gone and there was only scar tissue.  She said she had other issues and they had gone too.

My parents took me to a training held by the London Healing Rooms. I have been unwell for several years with numerous ailments – Epileptic seizures, Chronic Bronchitis, Arthritis, and a muscular disease. I need to take just under 60 tablets a day and suffer in the region of 5 fits per week. I went forward for prayer. I felt a sense of quiet fall around me and then a sudden calmness, no pain, total peace, and a warmth… That night I slept better than I had for months, no coughing or choking, no seizures and no waking up in pain. It has now been 2 days. I have had no seizures and although I still have a little cough, it is nothing compared to what it was. I am continuing to believe for my complete healing. 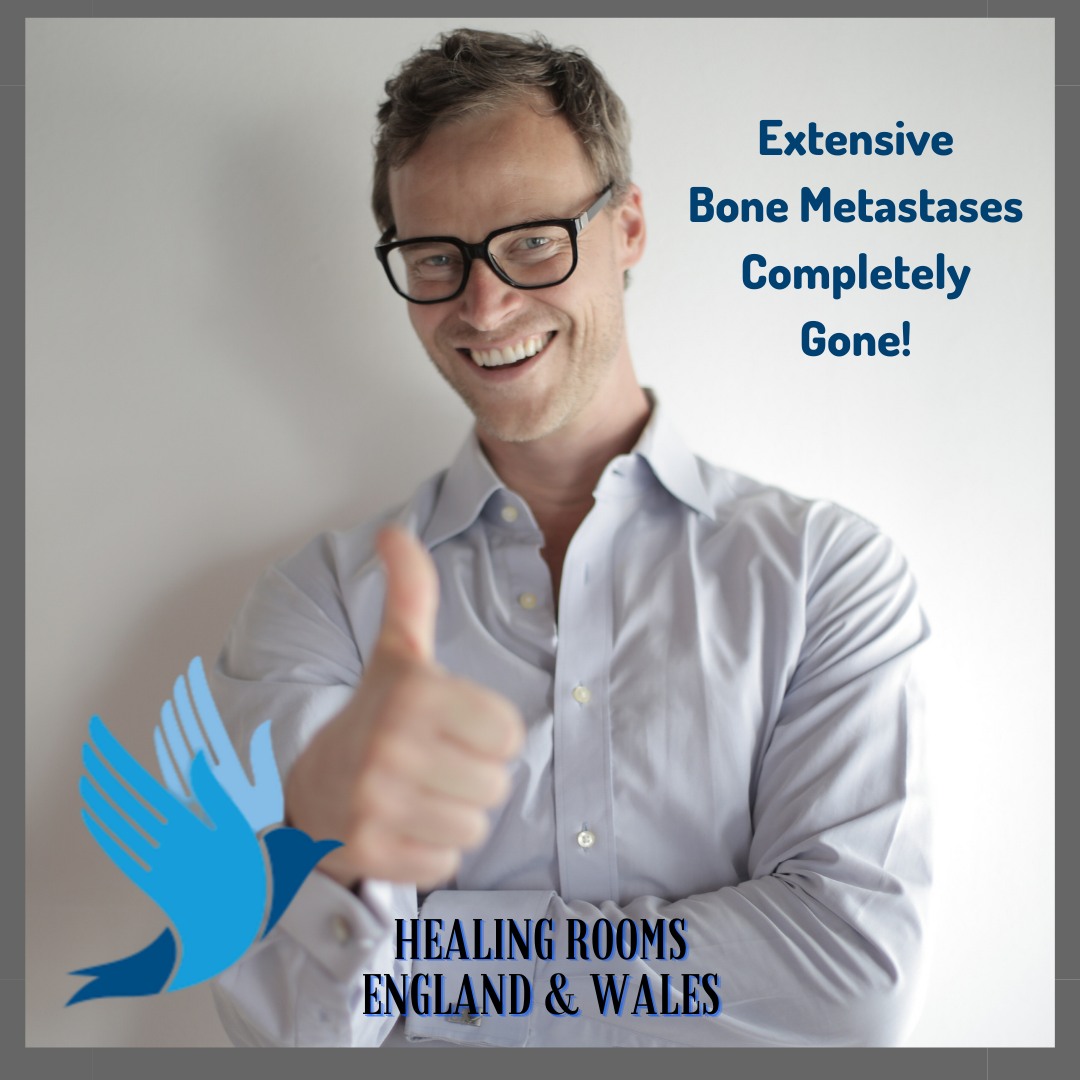 “About one and a half years ago I started experiencing dizzy spells. I was on holiday and was bedridden for about 24 hours. Even trying to go to the loo was nigh impossible. I could not stand for the next 8-9 months without having the same sort of experiences. Having visited the doctor, he said that I had Meniere’s Disease, which is not curable. I had to stop driving when I was feeling like this and looking after the children was difficult. After being prayed for at the Healing Rooms for about 2-3 weeks all the dizziness disappeared. I have not had this ever again, not even mildly.”

“I visited the healing rooms shortly after the arrival of my first born. I was experiencing dizzy spells which made it difficult to care for my new-born baby. I was anxious to carry him for fear I would drop him. I visited the doctors on numerous occasions where I was diagnosed with labyrinthitis, I was given medication which had no affect at all. I struggled for a couple of months before deciding to attend the healing rooms at Costa Coffee. Admittedly, I felt reluctant and a little apprehensive but was instantly put at ease by the ministry team who showed a real non-judgmental compassion and a true heart for God. Once the prayers had ended, I stood up (dizzier than ever!) feeling disheartened that there was not an instant healing. ‘Patience and trust’

God told me. The next morning, I awoke to stillness… I had not recognised this sensation for a long time. I had been healed!! To this day (5 years on) I have not experienced another dizzy episode.”

“Thank you to the prayer team for praying for our grand-daughter. She had lots of issues at school as the other children were not letting her join in their games, being mean to her and excluding her from everything. She was incredibly sad and lonely. Since prayers she has become Miss Popular! They are now all squabbling with each other to play with her first. Amen.”

“A huge thank you to the prayer team who prayed for my finances to increase. I was struggling hand to mouth to pay the bills and feed my daughter and myself. God blessed me after your prayers and I have had enough food, paid this month’s bills, and have money left over before my next salary is due. My ex-partner (my daughter’s father) paid towards her upkeep for the first time in 8 months. Thank you & God bless.”

“I and another member of our ministry team were ministering to a lady who was lying in bed and looked down trodden and weary.  She didn’t seem that old, around 25 or 30 but had been living with stomach pain, gynaecological problems, aspergers and other symptoms.  She commented that she was mentally tired too.  She said she was a Christian and had lots of people pray with her many times in the past.

We spoke scripture to her and encouraged her.  She kept saying nothing had changed before and that she was still the same.  She even said that the medicines prescribed to her for her condition made her sick and she was no further on.  It seemed she had given up on everything and had lost all hope.

We were providing her with lots of encouraging scriptures but to no avail.

My colleague reminded her of the Israelites in the desert who were given manna to eat. He felt that God was suggesting the manna was a word considering her many stomach issues.  Also he felt that God had told him that He (God) had made her beautiful but she was living as a ruin among ruins.   She was given several scriptures but nothing seemed to make a difference. We talked about stepping out in faith like the woman with the issue of blood. It fell on deaf ears.

After ministering to her for about 30 minutes she asked us for the scriptures we had given her. We explained that our intercessors would provide her with encouraging words.  However she insisted we gave her what we had spoken to her. She was in bed on her phone whilst on Zoom so she had nothing to write on.  My colleague said “you’ll have to get out of bed and get a pen and paper so you can write down the scriptures we’ve given you.”

The Zoom link with her went black, she was gone!!!  We thought we had offended her by suggesting she get out of bed to get a pen and paper (step of faith).  After about a minute or so she reappeared. Our host had let her back into the Zoom ministry meeting after she contacted him (we didn’t know this at the time).  Apparently she was trying to use her phone to write down the scriptures but it locked her out of Zoom. We had lost contact.

What a changed woman! She was dressed and out of bed and glowing and her appearance was completely different.  She had her paper and pen. She wrote down all the scriptures that were spoken to her. It was a miracle in front of our eyes. God’s spoken word was taking place.  She was smiling and no longer sullen and without hope. We were all laughing together. It was a blessed time.  We should never underestimate what God is doing.  We believe He most likely pushed her out of her sick bed to get a pen and paper. She took up her mat (so to speak) and walked!

We hope this is an encouragement to others.

To God be all the glory for ever and ever.”