Testimonies of healing from debilitating conditions from Healing Rooms:

“Back in 2008 I was diagnosed with relapsing and remitting Multiple Sclerosis.  I had 2 incidences which I recovered from reasonably quickly and then nothing happened for a few years and I thought I had seen the last of it.  But about 4 months after I had my daughter, I had another bout, I had pins and needles permanently in the bottom half of my body and it felt weird walking and the pins and needles would shoot up my leg when walking.  Previously the symptoms had gone by 6 weeks and so I waited, and I started getting better, but then I caught a bad cold and it got bad. Walking became difficult and it was a mental challenge to walk.  It took a lot of energy and effort to move about and I lived in a flat and had to get up 2 flights of stairs to get home. The medical consultant explained to me that I would need to take daily or weekly injections to keep the disease at bay.  I had been sent several books to read and had to decide which injection to take. I just did not want to do it.  I was not ready in my mind to resign myself to ‘owning’ the disease. One day I remembered that my mum went to the Healing Rooms for prayer about her health issues, so I thought that I would visit and give it a go. So, I went along one Monday night and I was so pleased.  It was such a lovely and welcoming atmosphere and I felt immediately at home when I saw a friend from my church. 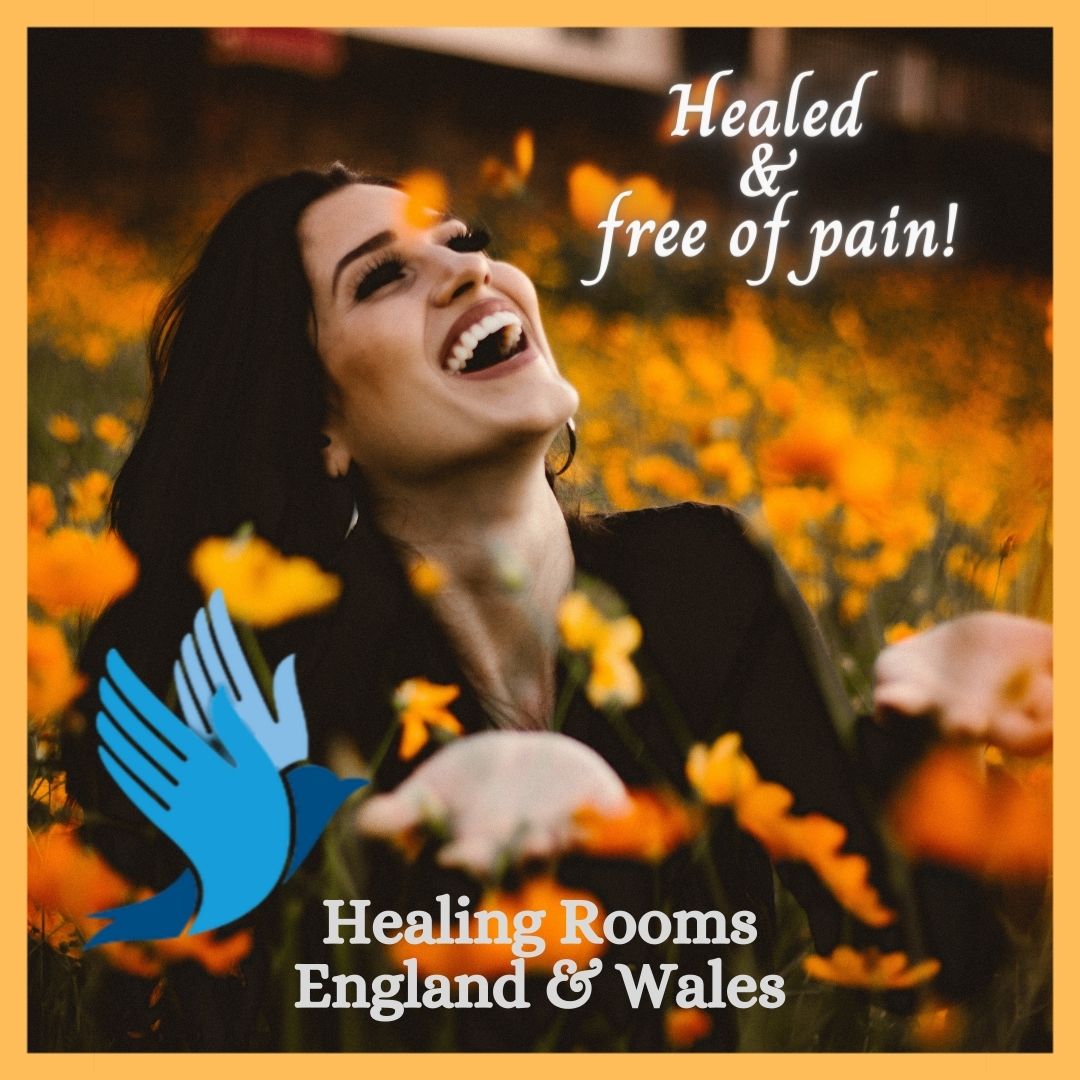 I wrote down on a form my details and what I wanted prayer for, and I did not have to wait long before I was called for. I went into a room and there were 3 people who asked a few questions and then prayed for me.  One of the team prayed about a spirit of infirmity and I immediately felt different.  I was not miraculously healed there and then but I did get better amazingly fast after that day. I chose not to take the injections and have been free of it ever since.  I believe that God has healed me.  I would thoroughly recommend the Healing Rooms, whatever the situation, even if you are a sceptic, if you are sick go there and get prayer.”

J has been free of MS ever since- over 7 years now!

“I went to my GP because of a slight tremor in my hand. The GP eventually sent me to a hospital consultant in 2015 who diagnosed me as having Parkinson’s Disease after having me do various tests. I went to the Healing Rooms of Halifax for prayer in July 2015. I was given tablets to take by the consultant. When I spoke to the Parkinson’s Nurse, she said it was only a ‘baby dose’ and it should be increased, but I did not take the tablets at all! At first this was because of the side effects. The tablets can make you act irresponsibly, and I did not want that. I stood in faith for my healing. I now have a different consultant and I saw him today. I have had a CAT scan and I categorically do not have Parkinson’s Disease.
Anyway, I wanted to come back to the Healing Rooms today, Wednesday 16th November 2016,  as I was reminded of the lepers and how only one leper came back to give thanks. So, I have come back today to give thanks to the Lord today. Also, as proof that I was diagnosed with Parkinson’s Disease, I had to tell the driving licence authorities and they have issued me with a licence that was only valid for 3 years.”

Thank you all so much for your prayers and support. The gallstones we have been praying about vanished to the doctor’s surprise. All glory to God.”

“I got diagnosed with Crohn’s when I was 13.  It has been an embarrassing 20 years of invasive tests, horrendous medications, and the feeling that my body is sabotaging my life. As a Christian who has always believed in and sees the power of prayer, this was not my first time of asking God to heal me. I have had a couple of times when I thought something had happened and I (stupidly) stopped medication, and inevitably got ill again a few months later. I decided that if God were going to heal me of Crohn’s He would get to it when He was ready.
One day in 2017:   I was in Hillsborough for a chiropractor appointment.  I was booked in for another colonoscopy the following day.  Things had been bad, and my doctor had wanted to hospitalise me, but I asked her to wait till after the test. I felt strongly that I needed to go into Costa.  I really was not thirsty, and it was too close to payday to really justify it.  But I had time on my hands, so I went in anyway and bumped into my old school friend’s parents. I went to say hello and they explained that they were there as part of the Hillsborough Healing Rooms and would I like some prayer? I never refuse ‘cos you never know when God might move so I said yes, not really expecting anything and having to watch the clock, so I didn’t miss my appointment. The prayer was very much my kind of prayer, not showy. We were in a coffee shop after all!  We just chatted with God and with each other. It was pleasant and I felt encouraged but I didn’t think much about it other than that I now had peace when before I had been anxious and fed up at the prospect of another flare up.

The next day at my hospital appointment I went through the usual routine of being prepared to be wheeled into the exam room.  The staff were their usual soothing selves, but we all expected to see that I had a lot of inflammation in my colon. Between the deep breaths and sucking on the gas and air (very liberally) I heard the doctor exclaim “Wow! everything looks so healthy; I really was not expecting to see this!” I stopped sucking on the gas and air and asked what he meant. I was told that there was a small patch of inflammation, but it was exceedingly small and contained to one area. There was nothing at all to explain why I had been so ill the week before and more than that, my colon had not looked this healthy in 20 years! After the test, my nurses repeated the good news. I had not misheard.

A few months later:  Part of me did not want to share my testimony at first, because I wanted time to test the reality of it. That time has passed and now my doctors are working towards a medically approved reduction and change of medication. It will take a few months, but I am following their instructions to reduce and change my medication to less intrusive ones. I have not been feeling ill and run down the way I was before the prayer and even though there is still some more healing to be had, I know that things were bad and now they are not. Praise God. I am going to keep praying for my full healing, but I am so thankful that a flare up got stopped in its tracks and my medical team are stumped! I keep explaining that I got prayer, but they struggle to accept that God is healing me. In the meantime, I have been able to keep working, keep living and have so much more health and hope than I had before I met the Hillsborough Healing Rooms.”