Testimonies of healing for bones from Healing Rooms:

“A lady had been suffering from arthritis for two to three years. She said: ‘Back in March I was dragging myself around and my legs were killing me.’ Consultant said she had an arthritic hip and would need an operation. After receiving prayer from her own church and from the Healing Rooms, she was feeling much better (only had twinges) and decided to attempt a three-mile walk. She managed the walk without any problems, felt tired afterwards and had a half hour rest. She then felt ‘full of life’, did ‘loads of gardening’ and still felt O.K. She said, ‘I’m really thrilled’.”

“I attended a healing session recently for painful osteoarthritis in my knees and ankles.  These symptoms have now gone.  The healing was not immediate but over weeks.  Jesus Christ is my Healer and my hope.” 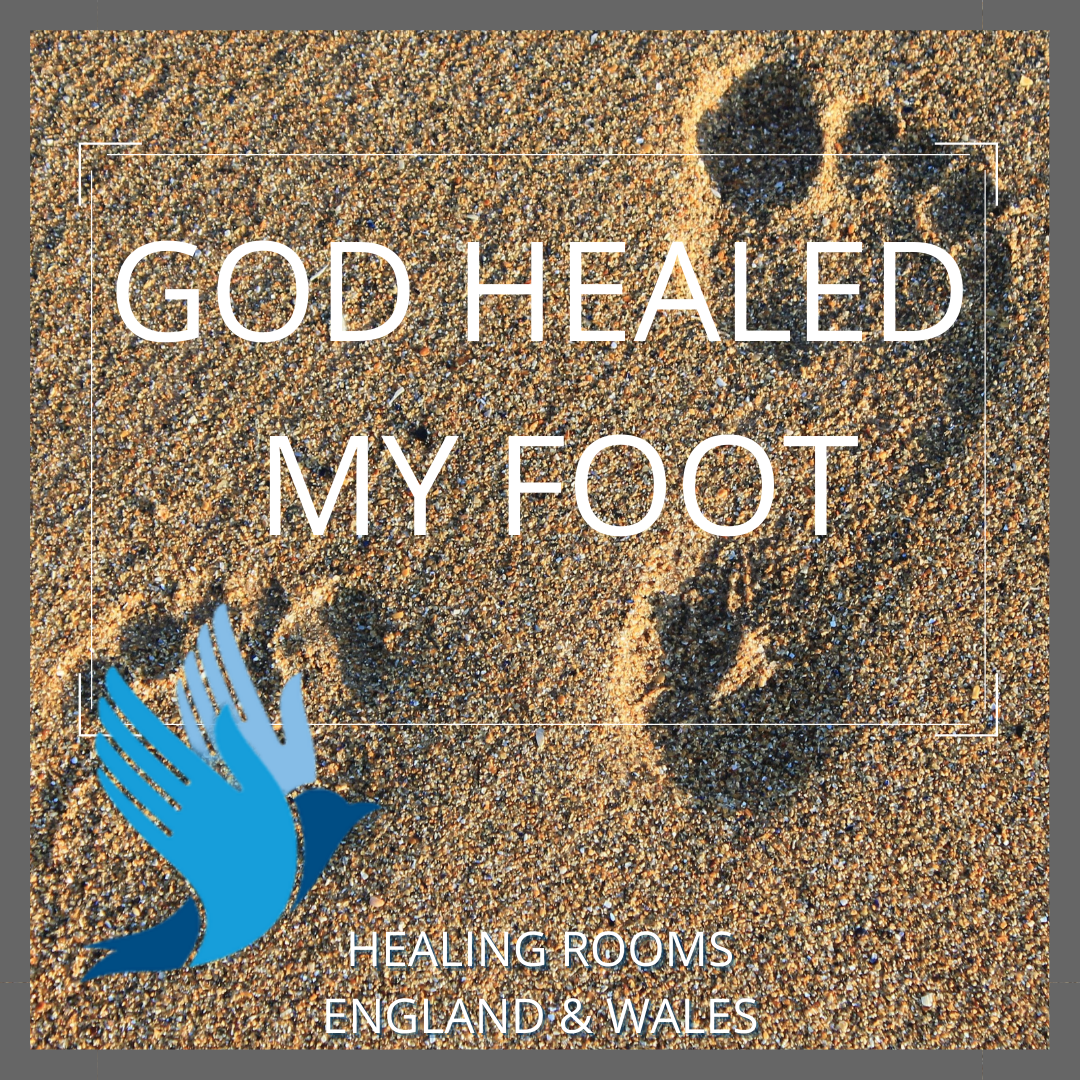 “A lady came to the Healing Rooms who had arthritis in knee and hands causing pain and swelling (so painful that she had difficulty getting out of her chair). She was prayed for at the Healing Rooms on Friday and reported that by following Sunday 95% of swelling had gone down!”

“I suffered from osteoarthritis since I was a teenager. Later, in 1994 I got rheumatoid arthritis. I also had osteoporosis and high blood pressure. The bottom two vertebrae in my spine were fusing together on one side, which caused the tailbone to curve round and put pressure on my hip. I was born with double curvature of the spine. In 2004 I was introduced to The Healing Rooms. I always felt better after ministry, and I noticed a gradual reduction of pain. Six months after I first started attending The Healing Rooms, I saw the rheumatoid arthritis specialist. He told me that the rheumatoid arthritis was in remission. On the following appointment I was told that it was in total remission and was discharged. I continued attending The Healing Rooms and noticed that I was not suffering nearly so much pain and was moving about much more easily. In the autumn of 2007, I went to the Healing Rooms and received prayer for total healing of the osteoarthritis and all pain left me immediately. I came out from prayer and practically ran down the whole length of the Church Hall. After that I found that I was able to kneel for communion for the first time in twelve years. I was able to climb staircases and gave up using my stick indoors. Regarding the spinal curvatures, the curve at the top of my spine was pushing my head and neck forward. This was giving me pain in my shoulder and across my shoulder blades. I went to the Healing Rooms for prayer for miraculous correction of my spine. And after about five visits it happened. I am now pain free and active.
All thanks and praise to Jesus.”

Thank you for praying for my son he is doing very well – much calmer. I thank the Lord that I was advised to visit the healing rooms. I needed healing for Arthritis and for a closer walk with God. I had laying on of hands and felt the presence of the Holy Spirit. I left feeling like a new person. I feel that I had both physical and spiritual healing. I feel peace.

I recently came to the Healing rooms as I had arthritis in my neck. I am thrilled to be able to tell you that the pain in my neck has gone – thank God for his touch.

“I had a nasty fall as I rushed through a door and fell over a large toolbox. Despite exercise over several weeks the pain increased in my groin, knee, and hip joint. I visited the Halifax Healing Rooms one evening where the team prayed for me. As they prayed a warm soothing sensation went through me as God healed me my leg. I would like to thank Him and all the team for their love and care I received. It is just wonderful to be pain free and mobile once again. Praise the Lord!”

“A man came to the Healing Rooms several times over a period of three months suffering from back, hip, knee and ankle pains resulting from a bike accident some years ago. After the first prayer session his back improved greatly and at following sessions his hips, legs and knees and finally a stiff left ankle all improved.”

“A man came to the Healing Rooms with a cracked rib. He was in great pain and had difficulty walking. A team of three from the Healing Room’s team prayed after the morning service on Sunday. He reported that was considerably better by Monday (i.e. healed during night). He was able to walk and go to work as normal, only having slight residual discomfort.”