Testimonies of healing for airways, jaws & teeth from Healing Rooms:

“On the Thursday afternoon just before we flew out to Turkey on the Friday, a filling in my wisdom tooth came loose. I could feel it moving around in the cavity of my tooth and I started to experience some pain. I rang the dentist but was told there were no appointments available and we were flying out the next day so getting it repaired was not an option. I felt the Holy Spirit telling me to pray for a supernatural repair which I did. I forgot about it for a couple of hours and when I came home for tea, I noticed that the filling was no longer loose, but somehow fixed in place with no pain whatsoever. I enjoyed my 10 days holiday with no problems enjoying the food and fun without any issues.

I am due to visit the dentist soon but praise God the filling is still secure! We have such an amazing God!” 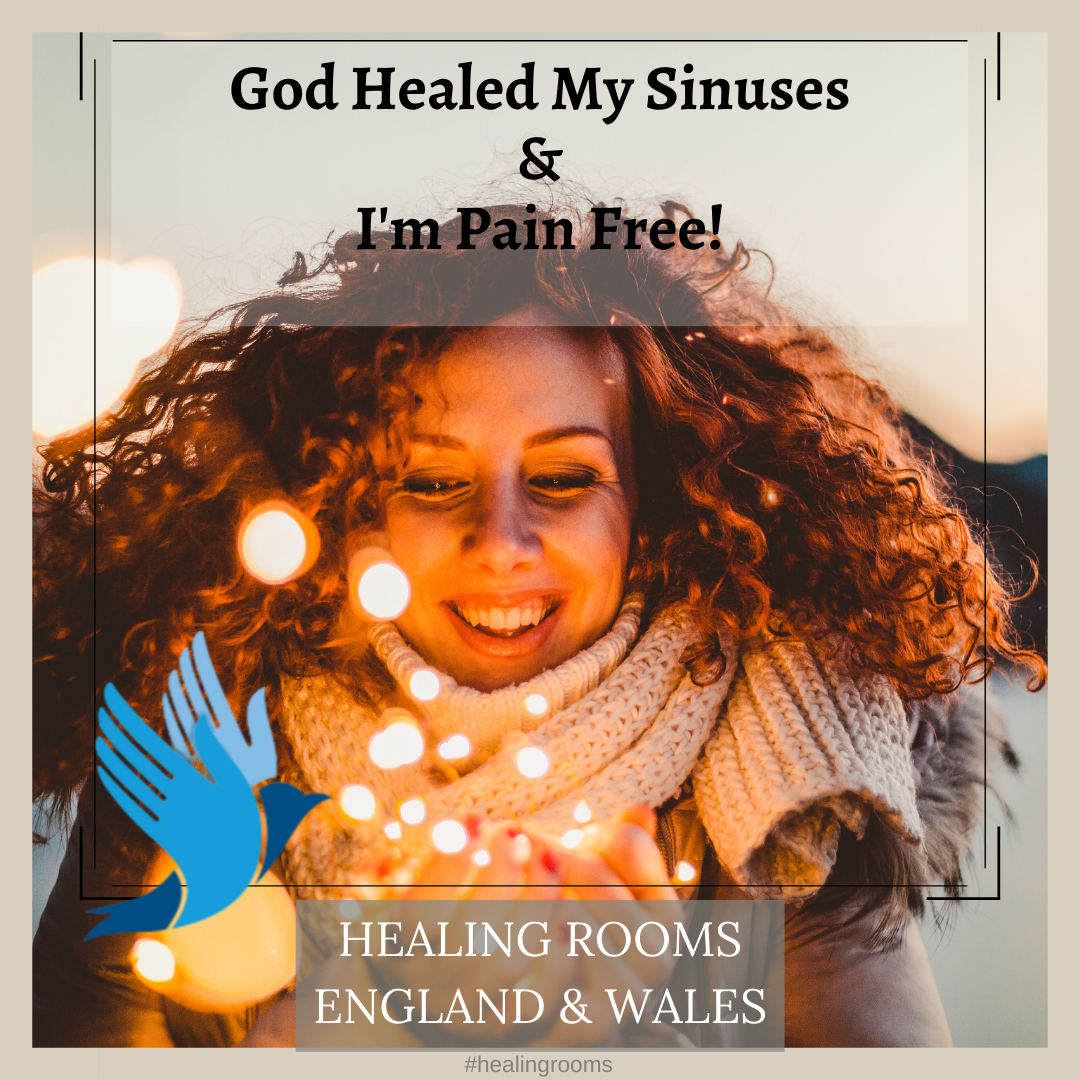 “When I came for prayer, my jaw had been painful on and off for a few months, whilst biting down. More recently it had become very painful, to the point where I could not sleep properly and became a slow process. The doctor diagnosed TMJ inflammation and told me to take it easy and not to open my jaw too wide as it was clicking when I did that – there was nothing more that he could do. After I was prayed for, I did not notice any difference, but I decided that I had received my healing, and just kept thanking God for it. After a few days I realised that I had forgotten about the pain completely and that there was no pain whatever I did, and no matter how wide I opened my jaw. Since that time (about 4 months) it has been absolutely fine.”

“A lady came to the Healing Rooms with severe gum disease and suffering from kidney/bladder problems. She said she felt ‘poisoned’ and ‘at the end of her tether’. She had already had one tooth extracted and was told that it would probably be necessary to take out three more. After prayer, the gum disease and swelling had subsided so much that when she visited the dentist to have the further extractions, he said that it would not be necessary to take out any more teeth. After further prayer, the gums improved further, and her kidney/bladder problems also subsided. A few weeks later she also reported that a thyroid condition that she had been suffering from had been gradually getting better and that the doctor had reduced her thyroid medication. She said, ‘I am now the healthiest and strongest I have been for an exceptionally long time and I thank God for it’.”

“I went to the Healing Rooms @ Costa Coffee on a Thursday and had planned just to observe what was going on.  I was offered prayer and I agreed, as I needed help and strength to deal with my son who has been a worry. Having briefly explained why I wanted the prayer, hands were gently placed on me and the prayer for strength began.

I had been suffering a lot of pain in my lower jaw which had got progressively worse over recent weeks. Just after one of the prayer team put his hand on my arm the pain in my lower jaw just went. I was not sure what to say or do as the prayer for strength was still going on. I never felt so speechless in my life (those who know and love me will vouch for this).

WOW-WOW-WOW – is all I can say, as I never even mentioned my physical pain. All I then wanted to do was call and tell my friend Jane who is a true believer that I believe too.

On the following Friday I had a call from my son, everything was better than it has been for a long time. He is so looking forward to a visit next week.”

“I came for healing prayer yesterday for a viral sore throat infection that I had been suffering from for the past three weeks.  The two who ministered to me prayed for me and the Lord Jesus healed me.  I was coughing no more and my throat felt better.  At last I could breathe.”

“For 5 months I had what I thought was a recurring chest and throat infection. I kept going back to the doctor who gave me increasing doses of antibiotics to no avail. Eventually I had an X-ray and was referred to the chest specialist. My G.P. said ‘I just don’t know what to do’. The specialist explained that the lungs showed evidence of double pneumonia and a partially deflated lung. One of my lungs looked as though a lace tablecloth had been laid across it such was the scarring. There were also signs of sarcoidosis that I had suffered from 30 years ago. This usually burns itself out after the first attack but if it continues causes all sorts of complications for which there is no treatment. I received healing prayer. Following a CT scan and ultrasound I revisited the specialist. He announced that my lungs were all but one spot clear. When I pressed for a medical explanation, he gave no answer.”

“A prayer cloth was sent to man in Australia who had asbestosis, for which there is no cure. When he received the cloth, he put it on his chest. On his next visit to his doctor, he was told that all traces of asbestosis have now gone – he is completely healed.”

I have had asthma for several years now. Every time I went to visit my grand-parents at Holland-on-Sea I had an asthma attack. This was caused because my aunt and uncles’ dog would sleep in the guest bedroom when they visited. Also, I had started to sneeze in the mornings. Two weeks ago, I asked my dad to get me a prayer cloth. We went to see my grandparents that weekend and I did not wheeze once nor did I get out of breath. Since being home I have also stopped sneezing.

My chest was so tight that I was finding it exceedingly difficult to breath. I was prayed for and it was amazing I was able to breathe freely. I give thanks to God for my healing I give Him all the Glory. Thanks to the people that prayed for me.

God completely healed my asthma and I no longer take medicine. Praise God for all the joy this has given me and all those who have prayed for me.

I received a healing in my body at the Healing Rooms. I had continuous pain down the left side of my chest and lung for years, I am totally healed.

After coming to the Healing Rooms, I have received a complete healing of asthma.

I received a healing in my body at the Healing Rooms. I had continuous pain down the left side of my chest and lung for years, I am totally healed.